May has now been and gone, and we already quite unexpectedly five whole months into 2013. In six months’ time we’ll all be talking about Christmas and how really, winter is about as warm as summer is these days. Then we’ll have another snowy Easter, then a cold summer, and then start persecuting 4×4 drivers for ruining the climate. Maybe. I’m not a clairvoyant or anything (although I am as clairvoyant as anyone else who has ever existed).

May has been a bit of a lopsided month. In fact, entirely lopsided. It contained four posts – more in a single month since February – but none of these were published until the last week of May.

To be fair, everything has been a bit topsy-turvy over the last month or so, and things are finally beginning to settle down into the new normal.  One of the key catalysts of this change is our new kittens, Zelda and Rambow. We adopted them the first week in May, and I had intended to take some pictures of them when they first arrived, and post them shortly thereafter. It didn’t quite work that way. It turns out, keeping track of two young inquisitive kittens as well as ingratiating them to our other cat was a wholly distracting endeavour, and I didn’t manage to complete the post until May 24th which, as you might have noticed, is over three weeks into May. Still, I got it completed less than a month after it was shot, which is a major improvement over my recent performance. 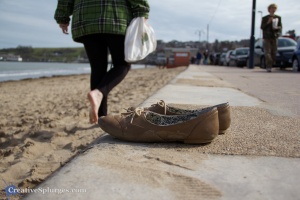 On a related note, the post that followed New Kittens, catchily titled Swanage, was six weeks past its shooting when it was published. Like New Kittens that wasn’t the original intention; I had planned on writing Swanage in April, but after I realised my parents didn’t know about our new car at the time I put it off until I’d seen them in May. I think that was because it might not be the sort of thing they’d appreciate.

I wish it still looked that clean.

So anyway, I held off writing the post until we saw them in early May – which happened to be the day before we picked up the kittens. Once the kittens had led to a three-week gap in posting anything on this blog, I figured they’d need to be the next post to explain the lull, and then finally, two days later, I had Swanage completed and posted. It was pretty poorly received, for reasons I maintain I will never comprehend.

I’ve actually done a fair amount of shooting in May. May also saw a little change in how I worked on this blog. The week before my images from Swanage were published, we visited my sister-in-law’s new home, and took a traipse through the impressive bluebell forest near their cottage. Because I’m not a fan of publishing posts on consecutive days (a weird manifestation of my obsessive-compulsive tendencies) I held off posting Swanage until two days after I’d released the photos of the kittens. This gave me the time to work on the Bluebell Forest post, to the extent that, by the time I clicked ‘publish’ on Swanage, Bluebell Forest was finished and ready to go. 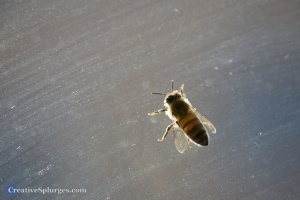 Things don’t always run exactly as planned, however – whilst I was sitting writing the bluebell post a bee flew into the study and landed on the window, buzzing about. He might as well have been screaming ‘photograph me! Photograph me!’, so I whipped out my macro lens and took a few snaps. Me being me (whoever that is) I decided the short and sweet post containing them would nestle nicely in between the two slightly more substantial posts so I published Dave the Angry Bee the day after I posted my Swanage pics, before waiting a couple of days to post Bluebell Forest, which would be the last post of the month.

The Daily Photo, meanwhile, has been continuing on the path I set it on 17 months ago. At times it is a bit of a drag to select and post a photo every day, and there have been several times when I’ve considered shutting it down this month. But it continues to attract new followers, which makes it very difficult to shutter. Anyway, as I work through my backlog I’ll free up far more images for the pool of images I can select from.

The Daily Photo hit 500 posts in May. I celebrated by posting a photograph of some fireworks, and changing the look of the blog to something that bugged me far less. What I consider the ‘perfect’ skin for TDP doesn’t seem to exist at this time, but the new look is closer to it than the old one was.

I’ve also made a few other minor changes to things in general; I’ve tweaked my legal wording to clarify what is protected by copyright and what is by Creative Commons, and have started only uploading watermarked, slightly lower res (1024 pixels wide) images to the Daily Photo and Flickr (previously, both were displaying unmarked images, and Flickr was getting higher res versions). This is just to help me look out for my work, and keep better track of any copies that might wander off into the internet at large. I’ll talk more on this front in a forthcoming post, which, now that I’ve mentioned it, I have to write.

So what of June? I’ve been determined to work through my backlog lately because it’s still many thousands of images deep and dates back to last September. I’ve been working on my latest batch of photos from the Greenwood this week, primarily because we’ve now gotten to the point where the final images for the theatre’s foyer need to be selected and approved, so I’ve needed to get the sorted. The downside is it’s taken me several solid days whilst off work to edit the 1,300 images I took at that show. I have several other sets of images that sort of size, more if you include ones like the 900 images I took last week at the Hawk Conservancy, so even if I bury myself completely in editing images the backlog will remain for some time yet. Plus, I’m back at work next week – and have a week’s holiday coming up later this month which is only likely to make things worse. Still, I have no shortage of images to post, the challenge is the time it is going to take to edit them. Part of the problem is that whilst it only takes 1/250th of a second to take a photograph, it takes a bit longer to edit it.

Thanks, as always, for reading.
Rob