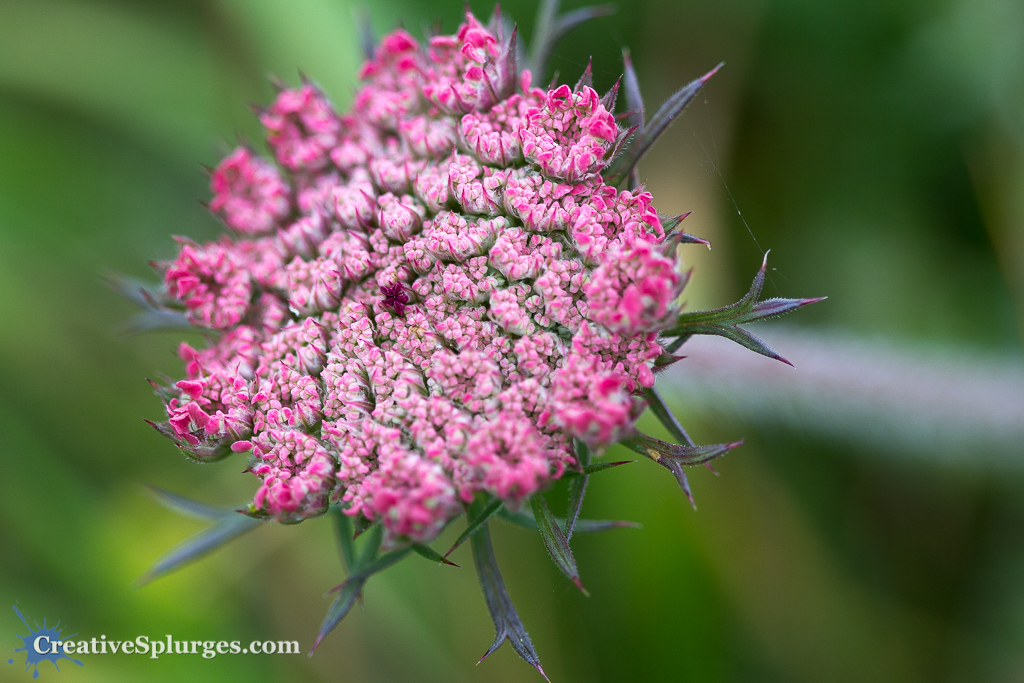 On the first full day of our recent holiday to Dorset, Holly and I took a few lovely walks along the coast (not as many as I would have liked; we accidentally walked over 12 miles on the first one and Holly’s legs never quite recovered for the rest of the time we were there).

On one of our walks, when we took pause by the Tilly Whim Caves for a break and a short lunch, we found ourselves near a whole load of lovely wild flora. The Tilly Whims are right by Durlston Country Park, a nature reserve full of interesting flora and faunae. I have no idea if these two facts are related or even if, independently of any correlation, the plant life I have photographed and am sharing here is indigenous to the area or artificially introduced.

If you’ve been reading this site for any length of time, you will know that I am really quite bad at identifying species. I studied and (barely) passed biology, but apparently they spend their time teaching you fundamentals and general concepts, rather than just expecting you to memorise a list of every form of life currently living, which arguably would be a far more useful way to spend your time (apart from all of the important information about sexytimes which is also very useful). By which I mean I have no idea what any of the life in these images are, which is going to make the commentary somewhat challenging.

All of these shots have been taken with my 100mm macro.

The first plant that caught my eye was this one. It was pretty small, and its intricate detail captivated me.

I took quite a few of this plant, mainly because I love taking photos. I tried focussing on a few different areas to get different bits in focus. This next one has a little more in sharpness, and the background is a bit cleaner.

Obviously, I have no idea what this is. I call it a flower purely because there’s colour to it, which is the only criteria I look for when classifying something as a flower.

I also took a further shot with a smaller aperture just to get more in focus.

Another I’m-calling-it-a-flower-because-it’s-pink that caught my eye amongst the also-possibly-flowers was this one, which is probably easily recognisable to people that recognise such things. I’m not one of those people.

With all of the stuff that looks like wheat but might not be, this is quite a nice rustic country scene.

Just for a couple of shots I switched to my telephoto to see the results.

I found another maybe-flower very similar to the first, although arguably more flower-like. I switched back to my macro lens.

I also saw what appeared to be another of the first flower, only this time with more actual flowers on it. I presume if we’d been there at a different time of the year we’d have seen entirely different sights.

I also found a possibly-not-flower that nevertheless was colourful, and more fundamentally a stalk.

I headed over and took a few shots of the pink flat flower from overhead. I’m still none-the-wiser as to what it might be.

The last flower I stopped to shoot was another example of what I’m now officially calling the ‘first flower’, yet again with more flowers spawning out of it.

To me, it looks like the sort of old, dusty, dried-out bouquet your grandmother still has from her wedding (although this is mainly based on stereotype rather than personal experience; I never knew my biological grandmothers, and I was never particularly close to my step grandmother).

I would like to apologise to any botanists reading who are frustrated at my complete lack of knowledge and almost boastful ignorance when it comes to the flowers (that I’m not even certain are flowers, despite the name of this post). I am more than happy to be informed if you happen to know what we’re looking at – the comments section is always open.

“The most important tool in photography is the guy holding the camera.” - Chris Rawson
...